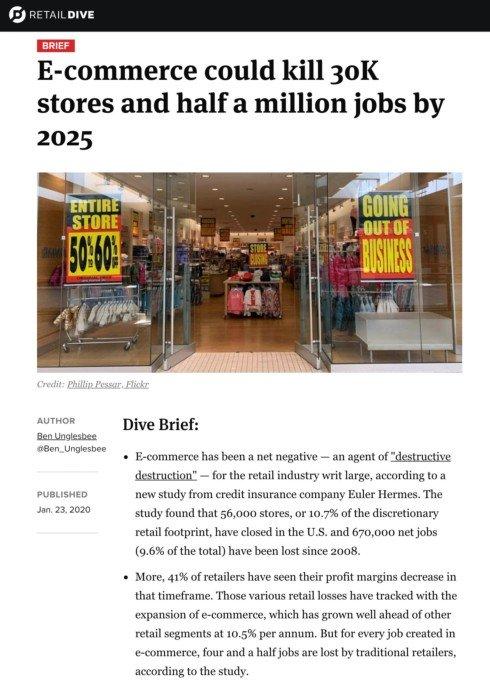 E-commerce is hammering stores, shares a study appearing in RetailDive.   Each e-commerce job kills four traditional jobs, and it may help close 30k stores in the next 5 years.

Shared by Jason Solarek
at Bridge