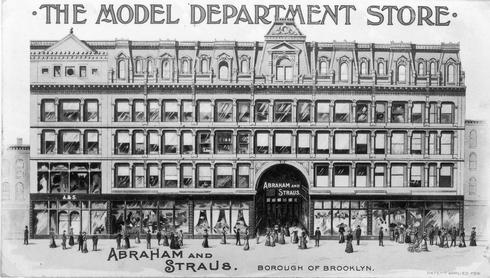 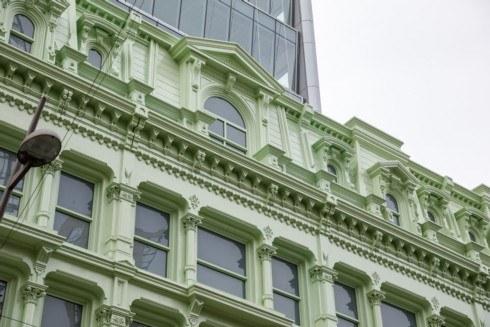 Sometimes we are critical of Macy's and the whole Federated chain. But perhaps we should take another look. They give us the legendary fireworks in July and the upcoming Macy's Thanksgiving Day parade. But more recently they along with Tishman Speyer have taken on the incredibly complicated restoration of the old Abraham & Strauss cast-iron facade building in Brooklyn. Perhaps this Thanksgiving we should be more thankful.

From the NY Times:

New Yorkers are all too familiar with the wholesale destruction that so often results from such government inaction. But the recent restoration of the mansard-roofed A. & S. facade presents a welcome counterexample — thanks to Macy’s, the building’s owner, and Tishman Speyer, the big commercial real estate firm that partnered with Macy’s to redevelop the Fulton Street property.

Instead of tearing down the cast-iron facade and tossing it in a dumpster, Tishman repaired it and incorporated it into an office-tower development called the Wheeler, in homage to the 19th-century developer Andrew Wheeler, who built the original iron-front building. The company did so because it considered the ornate facade a jewel worthy of preservation.

Shared by Diane Seidle
at Bridge